Traveling Games to play in the car

Games you can play while travelling by car March 20, 2013 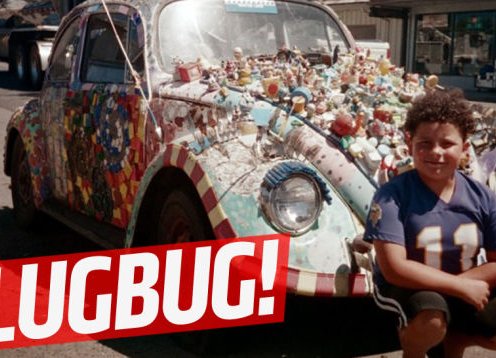 Make up a list of things to find along the road. Give each child a list of items to watch for while driving. For a younger child who can't read, you might draw a little picture of each item next to the word so they will know what to look for. Work as individuals or together as teams. The list can be made up ahead of time and adjusted for the scenery. Check off each item when they find it.

Build a word one letter at a time. Each successive player adds a letter and must have a real word in mind.

04 The Car Next Door

Invent stories about people in the car next to yours

Someone starts a story and, after a couple of sentences, points to someone else to continue the story.

Or "I spy with my little eye". Use colour or first letter as a hint. Whoever guesses correctly goes next.

Can be played with TV theme songs.

Two can play. Both players make rock paper or scissors shapes behind their backs, say "One, two, three, " and show their hands.

One person states they are a person, place or thing. (Or declares animal, vegetable or mineral.) Everybody else gets to interrogate the player with 20 questions, which must be answered "yes" or "no."