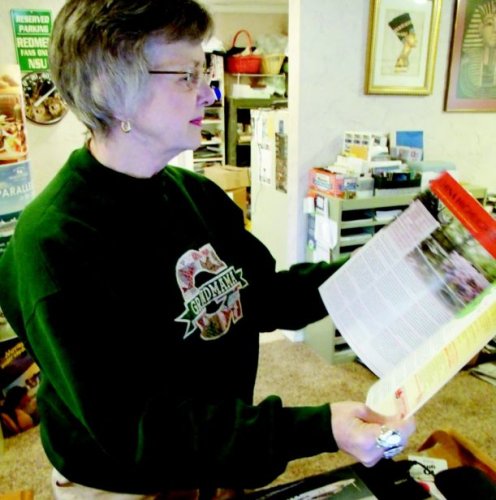 Spyres has served the community of Tahlequah since 2011, and said she hopes to continue serving for the next four years at voters’ pleasure.

Spyres said she learned the importance of service to others early in life, as the only child of a career U.S. Army chaplain. She said she was taught to help others, have discipline, be proactive, think for herself and be tolerant as she lived around the world and in different cultures.

Spyres is a graduate of Tahlequah Leadership Class XIII and a lifetime member of the Northeastern State University Alumni Association. She and her husband have partnered with Reasor’s to sponsor and prepare the annual NSU basketball spaghetti benefit, which raised over $30, 000 for the teams through the past nine years.

Spyres graduated from Northeastern State University in 1992 with a major in psychology and minors in sociology and humanities. At the time, she was also employed with the Department of Human Services. She became a social worker and worked with families before retiring in September 1999.

“I am so excited to see the new quality of life improvements the city has built and approved thanks to the voters, ” said Spyres. “When I took office four years ago, the splash pad, ice rink, Tahlequatics facility, Anthis-Brennan Sports Complex, the new police station and jail, NSU Event Center and other enhancements were not in existence. I look forward to being involved with the planning of the future growth and innovations in the city. This is an exciting time in Tahlequah. I would like to continue serving Ward 4.”

@JVH: Today I created a collaborative, travel oriented bucket-list with my buddy from Prague. #getlost Thu, 28 May 2015 05:47 AM

RT @MishainaJoseph: Why is it so hard to find a job that is social service oriented and will pay me in travel packages and good food? #drea… Fri, 29 May 2015 12:55 AM