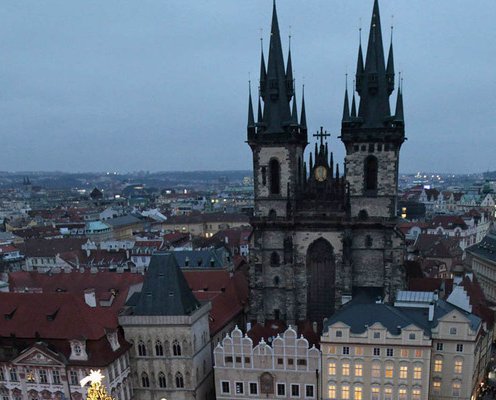 Day 1Arrive MunichWelcome to Munich! Get ready for a week of fun at one of the world’s most famous festivals, Oktoberfest. Arrive at the campsite any time between 8:00am & 12:00pm - our expert Contiki On-site Team will be on hand to show you to your tent & answer any questions you have. Later, if you’re feeling up to it, check out Munich & get the party started!Day 2MunichThere’s so much to see & do in this city, so make the most of your time here. Oktoberfest has been an annual event in the Bavarian calendar for more than 200 years, so make sure you don’t miss out on any of the action. Take your place at one of the festival tents & get into all that is Oktoberfest. If you’re feeling like going local then girls don a Dirndl & guys get into your Lederhosen (traditional costume) to really get into the spirit. Food is also a central part of the festival & not to be missed. Try some German treats like Pretzels, Wurst, Sauerkraut or pork knuckle, there really is something to tantalise any taste buds here. If you feel like a bit of time out from the buzzing beer halls, head to the market stalls for some other German treats. A huge amusement park is also a feature of the festival so don’t forget to jump on some rides while you’re here. From the central Marienplatz (market square) there’s heaps of other things to do & see while you’re here. Located right in the heart of the city, it’s a hub for shopping, has a variety of places to eat & many historic sights within easy reach. Marienplatz is also home to the Old & New Town Halls, once the centre of the political heart of Munich. There’s also the spectacular Hirschgarten nearby, with its amazing 8000 seat beer garden. Don’t miss out on a visit to Olympic Park, home to the 1972 Olympic Games, where you can climb the Olympic Tower for awesome city views. There's also the option to join a guided bike tour and see the famous sights as you learn the fascinating history of the city. If seeing some history is on your agenda, then don’t miss the Alter Hof, Munich’s medieval castle, one of the most beautiful locations in the city, or you could Or ask your Contiki team for some other tips on things to do in the quaint nearby towns & villages. If you’re feeling like a day out & about, explore even more of Europe while you’re here. A day trip to the Dachau Memorial Concentration camp is just one of the options Contiki offer if you feel like something different.Day 4Depart MunichTime to say farewell to the fun times had in Germany! Say goodbye to your new friends, as your tour ends this morning after breakfast.MunichGuided walking tour of Munich: See Marienplatz, the Glockenspiel, the Rathaus, Munich Residenz, Frauenkirche & ViktualienmarktOptional trip to the moving Dachau concentration camp memorial

@lefika: Actually, does anyone know any companies that provide good deals for travel in Africa? I don't wanna Contiki in Europe. I wanna go to Kenya. Thu, 28 May 2015 09:14 AM