Travel on I 10 in Louisiana 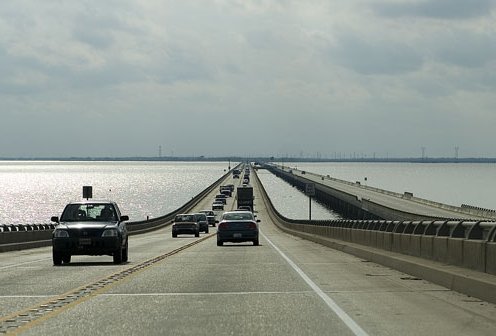 The Louisiana House of Representatives wants Gov.Bobby Jindal's office to have to absorb the cost of providing the governor's security detail on out-of-state trips this year. Currently, that expense comes out of the Louisiana State Police's annual budget.

The House voted 55-35 to add an amendment onto the overall state budget bill (HB 1) requiring Jindal's state office to cover his police protection for travel outside the state.

Jindal formed a 2016 presidential campaign exploratory committee this week, and travels to other parts of the country frequently in pursuit of a possible bid for national office. When the governor gets on a plane or stays in a hotel, the state police officers that protect him have to do so as well. In January, state police spent $73, 000 on travel just for Jindal's 10-day trade mission to Europe.

The House's vote likely reflects legislators frustration with the governor's absence - particularly as the Louisiana Legislature wrestles with a large financial crisis. But the amendment - brought by Democratic Rep. Ted James - is largely political and stands very little chance of remaining in the final version of the state budget.

The Senate will most likely take the amendment out of the budget document when it starts considering budget issues next week. Even if the Senate doesn't remove the provision, Jindal would probably remove it himself, before signing the final version of state spending plan.