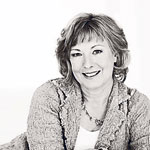 Tony Storrow, Baghdad
In March, I booked seven nights at the Hotel Les Jardins de l’Agdal in Marrakesh through Hotels.com. I paid the total cost of £634 and received two emails: one from Hotels.com confirming the reservation; a second from Travelscape to say that it had taken the payment from my credit card.

When we arrived at the hotel on April 11, the staff had no knowledge of my reservation. The manager said he had neither received payment from Hotels.com nor advice on how to claim the funds. My calls to Hotels.com were routed through to an Asian call centre where I was told that my reservation had been both emailed and faxed to the hotel. The hotel continued to deny this and allowed me into the office to check all its booking records. I could find no incoming email. They did have room for us, however.

Hotels.com then asked me to send across the hotel’s fax and email address so it could sort the matter out. A few days later I received an email from an agency called Travel Now to say it had resolved the problem. The hotel manager denied this, saying that nothing further had been heard from Hotels.com or its agents during our stay. When we checked out, I had to pay again for the room at a higher rate: a total of £949. I had also run up a substantial telephone bill.

The whole episode caused a lot of discomfort and tension between ourselves and the hotel management, and effectively ruined our holiday. I have now recovered the cost of the original reservation through Visa’s chargeback scheme. The refund has been made by a different agent, Travel Reservations France.

I want to receive compensation to match the level of distress caused by Hotel.com’s disregard for the customer. Can you please help?

Gill Charlton, consumer expert, replies
Leading online booking agents such as Hotels.com, which is part of the Expedia group, use hundreds of travel suppliers to fulfil hotel reservations. These suppliers may use local agents to set up the room-allocation contracts with hotels in smaller destinations. Given this chain of agents, it is not surprising that things sometimes go wrong, but errors should be properly corrected.

A month after I asked Hotels.com’s British office to look into the matter, neither Mr Storrow nor myself is much wiser about where it all went wrong. The hotel, which defended itself robustly at first, is no longer answering emails. Hotels.com simply says that “the normal confirmation process between the hotel and Hotels.com was not followed” and that it is working with the hotel to ensure this does not happen again.

@David Keller: Status: On Travelocity, considering rebooking hotels at cheaper rates for Canada next month. Mon, 25 May 2015 04:12 AM

@BrandonVitale Should use @travelocity instead of @Hotwire. I can't recall ever having a problem using them to arrange trips(flights/hotels) Mon, 25 May 2015 06:13 AM

@travelocity hi, just wondered weather you would have a contact number for your UK office for hotels Wed, 27 May 2015 10:46 AM